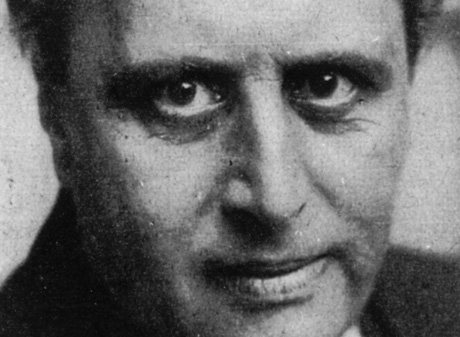 Arthur Kronfeld was born in 1886, his father a Berlin lawyer and his mother the daughter of a Cologne merchant. He studied medicine in Jena, Munich, Berlin and Heidelberg. Starting in 1907, Kronfeld became active in the"Neo-Fresian School" established by the philosopher Leonhard Nelson. In the context of his artistic-literary interests he met Kurt Hiller, who later to became a colleague of Magnus Hirschfeld. Kronfeld earned the title of doctor of medicine in 1909 under the tutelage of the psychiatrist Franz Nissl and then began his neurology training in Heidelberg. He received his doctorate in 1912 with his theses on experimental psychological work in association with August Messer in Giessen. In that same year he achieved recognition within scientific circles on the basis of a paper entitled "On Freud's psychoanalytical theories and related concepts". In 1913, Kronfeld assumed employment in Berlin at the Dalldorf Mental Asylum, where he researched aphasia under Hugo Liepmann.

World War I then interrupted his career: following a shrapnel injury he was transferred to Freiburg in Breisgau, where he assisted in the formation of a 'Nervenstation' (mental ward) at a military reserve hospital, and where in 1918 he married the shorthand typist Lydia Quien. On the occasion of the 1918 November Revolution, Kronfeld served as the spokesperson and leading delegate of the Freiburg Soldiers' Council, returning that same year to Berlin to work at the Herzberge municipal mental hospital.
For monetary reasons, in 1919 Kronfeld assumed employment at the Institute of Sexology founded by Magnus Hirschfeld. Located in Berlin's Tiergarten district, this was the first institution of its kind anywhere in the world; its scientific reputation was largely due to Kronfeld's achievements as head of the "Department for Psycho-sexual Maladies". In addition to his work in forensics in the context of several sensational sex crime court cases, he displayed his talents as an educator within the broad spectrum of psychotherapy subjects including psychoanalysis, in addition to publishing numerous papers on issues related to psychiatry, sexology, and philosophic-scientific concerns.

After leaving Hirschfeld's institute in 1926, Kronfeld established a private medical practice in the Tiergarten district and under Karl Bonhoeffer commenced work on his habilitation thesis entitled "Psychology in Psychiatry", which he published the following year. Starting in 1929, Kronfeld taught a range of courses in psychotherapy at the Psychiatric and Mental Hospital. It was there in 1931 that he was appointed the first-ever Adjunct Professor of Psychiatry at a German university, but only after he had converted to Protestantism. In the expert opinions compiled in support of Kronfeld's habilitation thesis and professorial chair, Bonhoeffer emphasized the candidate's psychotherapeutic expertise, as well as his 'critical distance' vis-a-vis psychoanalysis in 1912.

Kronfeld actively participated in scientific and professional-political associations, for instance the "Medical Society for Sexology and Eugenics", the "General Medical Society for Psychotherapy", and the "Association of Socialist Physicians", for whom in 1931 he was a candidate to the Berlin Chamber of Physicians running on the "free trade unions ticket" along with Alfred Döblin and the Reinickendorf district physician and Hirschfeld colleague Max Hodann. While there is no evidence that he was ever a member of an established political party, he was nevertheless known to hold left-liberal political views.

While Kronfeld's active participation in World War I initially shielded him from the threat of losing his livelihood, after the seizure of power in 1933 his teaching certificate was eventually rescinded and he lost his adjunct professorship. In 1935 he first emigrated to Switzerland, where he found work at a private sanatorium but was not granted political asylum. When in 1936 Kronfeld received an offer to head the department for "Psychotherapy of Psychosis" at Moscow's "Ganuschkin Institute", he moved there with his wife and was granted Soviet citizenship in 1937. Kronfeld was highly respected in the Soviet Union for his scientific work, for instance for his initiation of insulin shock therapy. But at the same time in Germany, both his license to practice medicine and his doctorate were invalidated and as a former colleague of the 'notorious' Magnus Hirschfeld, his German citizenship was also revoked. After Germany invaded the Soviet Union, Kronfeld took part in Radio Moscow propaganda broadcasts. In 1941, in association with other scientists he was instrumental in drafting an appeal to "Fight against Hitlerism". On October 15, 1941, just as German troops were advancing on Moscow, Arthur Kronfeld and his wife Lydia took their own lives by ingesting an overdose of Veronal.