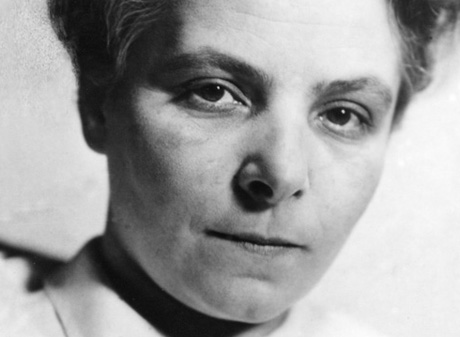 Edith Jacobson (born in Haynau, Lower Silesia, in 1897) was raised in a progressive Jewish family of doctors. After beginning her medical studies in 1917, she studied at Jena, Munich, and then Heidelberg where, in 1923, she received a doctorate in pediatrics.

During 1926/27, she worked at the Department of Psychiatry and Psychotherapy (led by Karl Bonhoeffer), which she described as an “excellent [place] to learn about clinical psychology” – but where one might be advised to refrain from mentioning psychoanalysis.7 Here she met Paul Jossman, with whom she was romantically involved for a number of years following their emigration to the United States. Her forays into psychoanalysis began when she attended a seminar held by Arthur Kronfeld at the Institute for Sexual Research (Magnus Hirschfelds Institut für Sexualwissenschaft). According to Jacobson, he delivered “a seminar that was just right for me, perfect for me (...) and when it came to my first critical analysis, he agreed to my reviewing and presenting Wilhelm Reich's [volume] on ego psychology.” Jacobson started her specialist training at the Berlin Psychoanalytical Institute (BPI). She did so against Kronfeld's advice, but with her father's support, and was even rumored to have prompted Kronfeld to undergo psychoanalysis with Siegfried Bernfeld, which he later terminated due to his "resistance". Her path continued to cross with that of Kronfeld; he referred female patients, in particular children and young women, for analysis, and submitted one publication they had co-authored.

Jacobson completed her psychoanalysis training at the BPI between 1925 and 1929, i.e. during her time at Charité. She demonstrated a strong interest in child psychoanalysis, which she studied under various teachers, including Anna Freud.  After completing her training analysis with Otto Fenichel (who had also briefly worked at Charité), she became an associate member of the German Psychoanalytical Association in 1930, and was awarded full membership in 1931. Edith Jacobson reported opening her first “private practice of psychiatry and psychoanalysis” as early as 1928.

Rather than following the path of clinical orthodoxy, Jacobson was keen on maintaining her intellectual independence. Until her arrest and imprisonment in 1935, she was actively involved in what was referred to as the 'interconfessional' working group, a privately organized task force comprising psychotherapists of different persuasions but with a common interest in depth psychology. Members of the group, which continued to meet until 1938, included Arthur Kronfeld, Karen Honrey, Harald Schultz-Hencke, Max Levy-Suhl, and Werner Kemper.
According to Edith Jacobson, her initial interests were “confined solely to research. I had never read any historical or political books.” Her interests only started to change in response to the spreading fascist ideology at the end of the 1920s. In 1929, Jacobson participated in a meeting of the Association of Socialist Physicians. She also sympathized with the 'Marxist Psychoanalysts', a working group established in 1930 under the joint leadership of Wilhelm Reich, a member of the German Communist Party (KPD) (who had also briefly worked at Charité's Department of Psychiatry), his wife Annie, Siegfried Bernfeld, Otto Fenichel, and Erich Fromm. Jacobson's part-time involvement in Wilhelm Reich's sexual health clinic (run by the Communist Association for Proletarian Sexual Reform and the Protection of Mothers) in 1930, and her participation in the BPI's 'Child Seminar', which was predominantly attended by young psychoanalysts from the left of the political spectrum, provide evidence of Jacobson's political leanings.

Edith Jacobson realized that Hitler's ascent to power carried serious implications for her own safety and wellbeing and, like many of her left-leaning and Jewish colleagues, she planned to emigrate to the USA. However, she placed her plans on hold indefinitely when her family could not bring themselves to leave. In 1933, and in spite of her Jewish descent, she was promoted to the position of Training Analyst at the BPI, but became increasingly aware of the growing drive within the German Psychoanalytical Association to adopt the process of 'Gleichschaltung', which was aimed at aligning individuals and institutions with Nazi goals, and was primarily led by her colleagues – whom she referred to as 'bozos' – Felix Boehm and Carl Müller-Braunschweig (the latter also a former employee of Bonhoeffer). There is evidence of Jacobson's involvement with an anti-fascist resistance group of left-leaning psychoanalysts, 'Neu Beginnen' ([to] begin anew), who smuggled at-risk patients out of the country. Despite receiving warnings not to return from Norway to Germany following one such trip, she returned to Berlin.  The group's archive having been found, and her identity revealed, she was arrested on 24th October 1935. Jacobson's actions were met with considerable ambivalence among her colleagues. While the profession was characterized by deep political divisions, a few of her colleagues (in particular Otto Fenichel) actively, but unsuccessfully, fought for her release. Charged with 'high treason' in December 1935, she spent nearly a year in prison awaiting trial before she was finally sentenced to two years and three months, and lost her civil rights. She served her time at the Hauer prison in Silesia, where she composed lyrical texts and psychoanalytical treatises. When she fell seriously ill in 1937, she was moved to the Jewish Hospital in Leipzig, where her brother was working. After a daring escape to Prague, she was finally able to emigrate to the United States, where she became one of the leading psychoanalysts of her time. Her books, published during her time in the USA, now count among the classics of post-Freudian theory. Edith Jacobson died in Rochester, New York, in 1978.