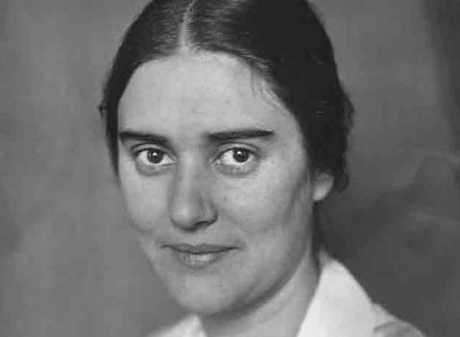 Esther Eugenie Klee-Rawidowicz (born in Bonn, 1900 – died 1980 in Waltham, USA) studied zoology, botany and general biology. After completing her doctoral studies at Münster University in 1925, she became a research assistant at Berlin's Department of Experimental Cell Research (headed by Rhoda Erdmanns). In 1927, Klee-Rawidowicz left to join Ferdinand Blumenthal's Institute of Cancer Research at Charité. She established a new tissue engineering laboratory which, in 1929, gave rise to a new department under her leadership. In addition to her research on the growth, morphology and characteristics of cancer cells in vitro, she was also committed to studying the factors responsible for modulating the proliferation of cancer cells. She conducted research into the effects of radium irradiation on cell cultures, and produced work into the carcinogenic effects of tar. Having married the Jewish scholar and writer Simon Rawidowicz (1897-1957) in 1926, Klee-Rawidowicz co-authored a chapter on the tissues of cold-blooded animals (with Rhoda Erdmann), which was published in Emil Abderhalden's Handbook of Biological Methods in 1927. Over the following few years, she published her research findings in the journal Zeitschrift für Krebsforschung [Journal of Cancer Research], collaborating primarily with the hematologist Hans Hirschfeld and the laboratory scientist Arthur Lasnitzki. In recognition of her work in the field of cancer research, Klee-Rawidowicz was elected Member of the German Central Committee for Cancer Research (Deutsches Zentralkomitee zur Erforschung und Bekämpfung der Krebskrankheit) in 1930.

On 28th March 1933, Klee-Rawidowicz received a letter from Charité's management, informing her that her contract of employment would be terminated as of 30th September 1933. That same year, Klee-Rawidowicz and her husband emigrated to London. Her first position at King's College London, under the tutelage of Julian S. Huxley, saw her work in close collaboration with Ernest Kennaway of the Cancer Research Institute. Her forced emigration from Germany represented a major turning point in her career; after 1933, Esther Eugenie Klee-Rawidowicz would never publish again. In 1948, she followed her husband to the United States, first settling in Chicago, and later moving to Waltham, Massachusetts. She was unable to reprise her career as a medical researcher.

Her husband, Simon Rawidowicz, who was the focal point of a group of intellectuals dedicated to the study of Hebrew language and literature, had been gaining notoriety in Berlin since 1919. It was through his role as a teacher at a Hebrew language school that he met Esther Eugenie Klee. He attracted attention through his research on the philosophy of Ludwig Feuerbach's, and his articles on modern and medieval Jewish cultural history. He also gained notoriety through his articles on Maimonides, and his publication of the writings of Moses Mendelssohn on Judaism and its history. In 1948, Simon Rawidowicz left England to accept a professorship at the Chicago College of Jewish Studies. From here, he moved to the Department of Near Eastern and Judaic Studies at Brandeis University in Waltham, Massachusetts in 1951. The couple's son Benjamin Ravid, who was born in 1936, is Professor Emeritus of Medieval and Early Modern Jewish History at Brandeis University in Waltham.

Klee-Rawidowicz's father, Alfred Klee, a lawyer and a noted German Zionist leader, fled to Holland in 1938. He was deported to Westerbork concentration camp in 1943, and died there later that same year. Her mother Therese Klee died at Bergen-Belsen in March 1945.