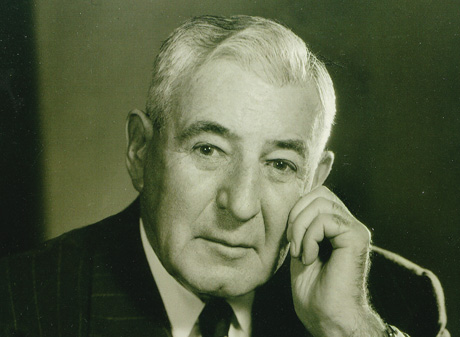 Franz Blumenthal (Berlin 1878-1971 Ann Arbor Michigan, United States). Professional training at the Universitäts-Hautklinik der Charité (Charité Dermatology Clinic) under Edmund Lesser. Herr Blumenthal earned his university lecturer qualifications in 1919; he was appointed professor in 1922 and served as provisional clinic chief from 1929 to 1932. Starting in 1930, he was also the Medical Director of the "Sanatorium for Skin Tuberculosis" ('lupus infirmary') located in Muencheberg, Margraviate of Brandenburg.

His main area of professional interest focused on the field of serology (syphilis, practical clinical applications for the Wassermann reaction test), mycology (immuno-processes in the trichophytosis), radiation therapy for skin diseases, eczema research, in addition to light therapy and skin tuberculosis. Early in his career he dedicated his research efforts on occupational dermatitis, its evaluation and related public health aspects. His published books 'Strahlentherapie von Hautkrankheiten' (Radiation Therapy in Skin Diseases) and 'Ekzem und Idiosynkrasie', (Eczema and Idiosyncrasy), the latter authored together with Kaete Jaffé, were considered ground-breaking scientific treatises for the time period. In the important 'Handbook of Skin and Sexually Transmitted Diseases' (1929) by Josef Jadassohn, Blumenthal wrote the chapter on the 'Serodiagnostics of Syphilis' in cooperation with Asta von Mallinckrodt-Haupt.Because he was a Jew, in April of 1933, Blumenthal was forced to relinquish his chairmanship of the Deutsche Dermatologische Gesellschaft (German Dermatological Society). His license to teach at the University of Berlin was also revoked on 05 September 1933. Along with his wife Margarethe (née Orenstein) and two sons, four and 13 years old, Franz Blumenthal emigrated to the United States in 1934.

He first worked as a Research Professor at the Department of Dermatology, University of Michigan Medical School, in Ann Arbor, and starting in 1937, he was Chief of the Dermatology Clinic at the Wayne County General Hospital in Detroit. He maintained a private dermatology practice until a very advanced age. He died at age 93 on 07 September 1971.His brother ─ Hans Blumenthal ─ died in November 1942 in the Theresienstadt ghetto; his sister ─ Katharina Buss-Blumenthal ─ was murdered in August 1942 in Auschwitz; another brother ─ cancer researcher Ferdinand Blumenthal ─ was killed in Estonia in July 1941 in the wake of an air raid by the German Luftwaffe.