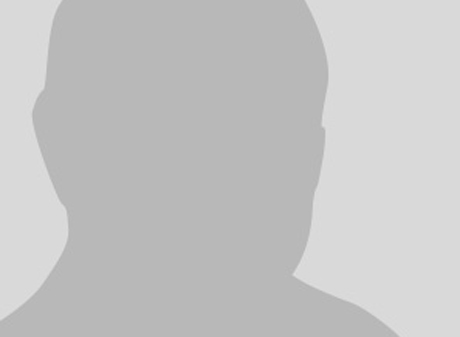 Hans Hirschfeld was born into a family of Berlin merchants on March 20, 1873. After completing his studies in medicine at Berlin's Friedrich-Wilhelm University, he commenced employment at the Moabit Hospital in 1897 in the department of Prof. Alfred Goldscheider. His early interest in questions pertaining to blood diseases eventually led him to the Berlin Hematological Society, which in 1908 he co-founded with Artur Pappenheim (1870 -1916). Artur Pappenheim and Hans Hirschfeld remained life-long friends. They shared a common scientific interest in differentiating blood cells through staining. He maintained close ties with the Moabit Hospital, even after having established his own place of business near the hospital. When in 1910 the former director of the internal medicine department Moabit, Prof. Georg Klemperer was named adjunct director of the very advanced Cancer Institute of the Charité, he appointed Hans Hirschfeld as the director of the laboratory, and later of outpatient care. The intensive cooperation with Artur Pappenheim thus continued. Following Pappenheim's untimely death, Hirschfeld continued the work already commenced by his friend.

Hans Hirschfeld was married to Rosa (née Todtmann). Both were of the Jewish faith; they had two daughters, Inge born in 1904 and Käthe born in 1906. They lived very near to the Moabit Hospital at Alt-Moabit 110, in close proximity to where Hans Hirschfeld also maintained his medical practice and an extensive medical library. Together with Rosa's sister Else, in 1908 the family officially converted to Protestantism in the then 'Dankes-Kirche' church in Berlin.

For Hans Hirschfeld, the years to follow were full of creative activity, scientific inquiry and organizational work at the Cancer Institute of the Charité. Established after WW I, the Berlin Cancer Institute was headed by Professor Ferdinand Blumenthal, who was instrumental in attracting international attention and recognition for his institute. Hans Hirschfeld was appointed professor in 1922, and shortly thereafter was given his own department at the Cancer Institute, which soon became the center of attraction for many guest physicians and doctoral candidates. Furthermore, Hirschfeld, who was also very unassuming also took over responsibility for histological and hematological research endeavors, thereby building on the basic research in hematology carried out by Virchow, Ehrlich and Pappenheim. It was during the following period that most of his approximately 160 scientific papers were published, receiving worldwide recognition. Many of these articles appeared in the 'German Medical Weekly' from 1902 to 1933. The topics addressed included differentiation in leukemia, the function of the spleen and numerous laboratory-diagnostic methods. He was now at the zenith of his professional career. He enjoyed a good international reputation as the publisher of several hematological journals and books, including the four-volume 'Handbook of General Hematology', which he co-published starting in 1932 with the Austrian Anton Hittmair,.

In the wake of the National Socialists seizing power on April 7, 1933, the 'Law for the Restoration of the Professional Civil Service' was passed by the government of the Reich, whereupon Hirschfeld and 277 other physicians employed at the Charité were expelled from their positions and prohibited from ever again setting foot on the premises. It was during this period that Hans Hirschfeld took care of his cousin Dr. Georg Eppenstein, a chemist and managing director of Ruilos GmbH who was so brutally tortured in June by SA thugs during the so-called 'bloody weeks of Köpenick' that he died in the Charité in August. On September 11, 1933, Hans Hirschfeld was subsequently fired from the university and his teaching credentials were withdrawn. His plans to emigrate were halfhearted at first, as he believed the Nazi regime to be temporary. It wasn't until November 1938 that he alluded in his writings he to 'Sodom and Gomorra' and finally made serious attempts to emigrate together with his wife, attempts that proved to be unsuccessful. He initially concentrated on publishing the journal Folia Haematologica, which in the meantime had acquired international importance. The German Hematological Society was founded in Bad Pyrmont in May of 1937 and an international conference on hematology was organized. Because he was a Jew, the most senior and internationally recognized hematologist in all of Germany, Hans Hirschfeld was declared an 'undesirable' and was neither invited, nor were any of his Jewish colleagues openly asked to take part. In the following year, he was forced to relinquish his position as publisher of 'his' Folia Haematologica. His successor Prof. Viktor Schilling from Rostock, an Aryan of course, never informed readers about the real situation. Hirschfeld's medical accreditation (license to practice) was rescinded in September 1938, meaning that as a husband and father responsible for two daughters in training he could no longer carry out and charge for reimbursable medical treatments. Branded a so-called 'Jewish practitioner', he was subsequently allowed to provide medical care to Jews and to head the chemical-serological laboratory of the Jewish Hospital in Berlin. The Hirschfeld family's assets were delineated in February 1940 and seized by the Reich.

The Hirschfelds were deported to Theresienstadt on October 30, 1942. But even under conditions so inhumane as those in the Theresienstadt Ghetto, Hans Hirschfeld did not abandon his commitment to medicine nor his interest in hematology. He worked as a consultant in the chemical-medical central laboratory of the Theresienstadt Ghetto. With his lectures on blood formation and coagulation, he contributed to the enrichment of the self-organized medical training course of a group of physicians who were also condemned to inactivity, due to their imprisonment. Hans Hirschfeld died on August 26, 1944: his remains were burned two days later in Theresienstadt crematorium.

The memory of Hans Hirschfeld and his work faded very rapidly in the minds of German hematologists after World War II. While authors in other countries continued to quote him, hematologists in both parts of Germany, indeed the very persons still holding positions of authority remained silent. The name Hans Hirschfeld was not mentioned even once in the second edition of the 'Handbook of General Hematology' published in 1957, the editor being still Anton Hittmair together with Ludwig Heilmeyer, who under Hirschfeld's aegis had contributed four articles to the first edition. Hittmair merely compiled a brief obituary in English for the American medical journal 'Blood', in which he listed the year of death as 1945 and the place as Auschwitz. In 1974, the Thieme-Verlag published an "Introduction to the History of Hematology'. In a section entitled 'biographical notes', authored ironically by Ingeborg Heilmeyer, it was claimed that Hirschfeld had died in 1929 in Berlin, thereby completely ignoring the National Socialism period. The name Hirschfeld was never again mentioned on the title page of 'his' Folia Haematologica magazine, whose publisher Professor Viktor Schilling was then working in Rostock.

(© Text: Dr. Thomas Benter, former staff member of the Medical Clinic for Hematology, Oncology and Tumor Immunology of the Charité)