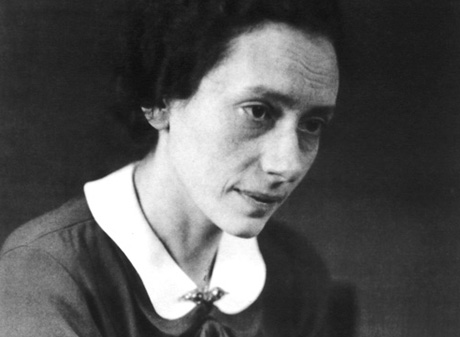 Herta Seidemann was born in 1900 in Breslau, the sixth child of a the middle-class merchant family, Max and Luise Rosenthal. Her father described her as being akin to an orthodox 'Jewish scholar', whose thirst for learning motivated her to study, the only one of her six siblings to do so. She completed her secondary education with honors at a school for girls in 1918. Despite her enormous interest in philosophy, history and architecture, Seidemann elected to study medicine in her hometown. She spent her clinical semester in psychiatry under Westphal's protégé Robert Wollenberg, who is said to have inspired Seidemann to study analytical science. Under his tutelage she obtained her doctorate in 1925 based on a 'Compilation of methods to ascertain memory attention deficits, particularly memory disorders in respect of recent occurrences'. To broaden her knowledge of psychoanalysis, at the behest of Wollenberg she went to Heidelberg to the sanatorium of Frieda Reichmann and Erich Fromm. August Homburger was mainly responsible for the psychiatric staff  – himself a specialist for 'neglected and psychopathic adolescents' and with whom Seidemann maintained a long-term friendship.

She moved to Berlin in 1927 with a letter of recommendation from Wollenberg and began training at the Berlin Psychoanalytical Institute with none other than Hanns Sachs. She worked at the Charité's Psychiatric and Neurological Clinic under Bonhoeffer, and in her own estimation was among 'the best institute anywhere in the world today'. She maintained close ties with Bonhoeffer until her death, an amicable 'almost servile confidence' according to her biographer Wenda Focke. While at the Charité, she worked particularly closely with Hans Scheller on 'brain pathological and neurological syndromes and cases', a collaboration that in 1932 yielded a 100-page article on 'dylexia'. She planned to complete her habilitation on this subject, but never was able to due to the Nazi seizure of power in 1933.

Seidemann arrived in Switzerland with a letter of recommendation from Bonhoeffer. There, she worked under Carl Alfred Meier at the still psychoanalysis-friendly Burghölzli psychiatric hospital, but now with a rather Jungian orientation, which was also to the liking of Seidemann. She was deported in 1936 after it was decided not to extend her work permit. There is little information about what happened to her over the next two years in Berlin and her eventual escape to New York on the Queen Mary in 1938, it is possible that Bonhoeffer may have helped her to hide until she could safely leave Germany. Herta Seidemann was required to re-take her medical boards in the United States, but recommendations from Hanns Sachs and Karl Bonhoeffer helped her to obtain a position at the Montefori Hospital, where the German émigré and neurologist Kurt Goldstein also worked. Through the good auspices of Erich Fromm, in 1942 and she was able to collaborate with the psychoanalyst Karen Horney, who had also obtained her doctorate under Bonhoeffer in 1914, and with whom there were various conflicts due to their different analytical orientations. Herta Seidemann became an American citizen in 1943, at which time her mother and sister had already been deported to Auschwitz. She subsequently opened her own practice in New York. Herta Seidemann died on March 21, 1984.

Please allow me to conclude with a personal note. The Portrait Gallery presented here should be understood as a 'work in progress'. Over the years to come we plan to commemorate the experiences of other medical personnel during the National Socialist period, i.e. nurses, care-givers and patients. But first we need to conduct intense research into the subject.