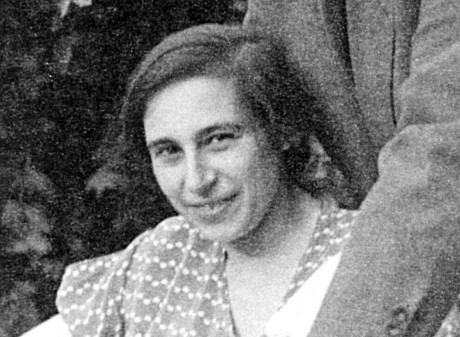 Born in Berlin in 1896, Käthe Beutler was forced to leave Germany in 1936. Regarding the timing of her decision to emigrate, she said: “The day a mother, who had always come to see me with her children, suddenly said to me 'as a Jewish physician, you can no longer examine my children', I knew it was time to leave.”

After being awarded her pediatrician's license in 1937, she started a private practice in Wisconsin, which she ran between 1937 and 1962. Following the death of her husband, Dr. Alfred Beutler (1891-1962), Käthe went to live with her son (Prof. Ernest Beutler, a professor of molecular and experimental medicine) and his family. She lived in La Jolla, California, until her death in February 1999.

Käthe Beutler completed her studies in Berlin, becoming a licensed physician, and completing her doctoral degree, in 1924. At the beginning of her four years of specialist training, she spent some time at the pathology department of the hospital in Friedrichshain, Berlin. This was followed by an internship at the orphanage in Berlin, and further specialist training as part of her voluntary work for Czerny at Charité's university children's hospital. Following her residency at the Kaiser- und Kaiserin-Friedrich-Krankenhaus hospital, she completed her training at the children's hospital in Charlottenburg. Between 1928 and 1935, she and her husband, an internist, ran a private practice in the west of Berlin. 1928 also saw the birth of her son Ernest, who went on to become a pioneer in the field of hematology, and died in San Diego in 2008. Her grandson, Bruce Alan Beutler (born in Chicago, in 1957), received the 2011 Nobel Prize in Physiology or Medicine for his work in the field of immunology.