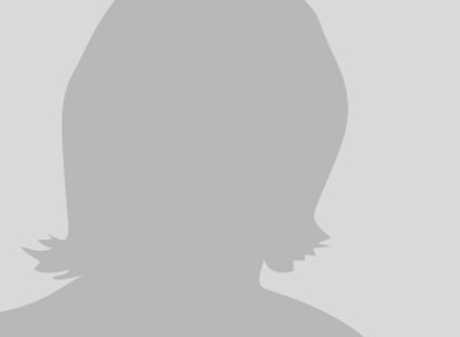 Liselotte Paradis was born in Berlin on 25 September 1907, daughter of the physician Dr. med. Abraham Paradis and homemaker Helene Paradis. Abraham Paradis was a member of the Jewish Community. His license to practice medicine was revoked on 01 October 1938. As a so-called 'medic' he was then allowed to treat Jewish patients and provide care for other Jews living in ten Jewish retirement homes, in addition to a Jewish home for deaf-mutes. According to the so-called 'Nuremberg Laws' Helene Paradis was considered to be of Aryan descent. Before marrying, she had worked as a nurse at the Bethanien Hospital in Magdeburg. Liselotte Paradis' parents were deemed to be a 'mixed marriage'.

As regards her youth and school years, it is know that from 1914 to 1924 she attended the Richard Wagner Lyceum in Berlin's Pankow district. Two years later she started her training as a technical assistant at Lette-Verein of Berlin (vocational school). There, she acquired knowledge in the fields of clinical chemistry, radiology and microscopic-anatomical technique. This training served as the basis for her future activities as a Medical Technical Assistant (MTA). Conrad Roentgen had already discovered x-rays in 1895, which had in turn revolutionized medicine. X-ray photography ultimately became a regular subject of teaching at the Lette-Verein institute of learning in Berlin, founded in 1890. In 1897, Paula Chelius was the first qualified 'x-ray photographer' to graduate from the Lette-Verein. Subsequently, in 1921, the "Rules governing the national certification of technical assistants at medical institutions“ were enacted.

Liselotte Paradis successfully completed her training as a technical assistant in 1928. Following six months of as a volunteer at the Werner Siemens Institute for X-ray Research at Moabit Hospital, on 01 April 1929 she assumed a position at the First Medical Clinic of the Charité and worked in its policlinic until 01 May 1933. Immediately after the coming into force of the Gesetz zur Wiederherstellung des Berufsbeamtentums (Law for the Restoration of the Professional Civil Service) on 30 June 1933, she was terminated without notice by Prof. Dr. Victor Schilling. He was deputy director of the First Medical clinic of the Charité ─ a known Jew-hater ─ and founder of the German Society for Hematology and Medical Oncology.

In October of 1933 she emigrated to Italy with her future husband, surgeon Ernst Berla (1901-1962), also a victim of Nazi persecution. Despite the similarities between the German and Italian brands of fascism, until 1938 at least the latter had a less repressive character vis-a-vis its Jewish population. And so from December 1933 to August 1935 Lieselotte Paradis was able to work as an unpaid volunteer at the Viktor Emmanuel National Institute III for the Study and Treatment of Cancer in Milan as a radiology assistant. She and Ernst Berla lived together in cramped housing conditions alongside five colleagues; she performed the household chores and maintained the apartment.
In September 1938, the Italian Council of Ministers resolved to deport all Jews from that country within the following six months.

That same year she married Ernst Berla and they emigrated to Palestine together in 1939. They lived in Tel Aviv initially. Because her husband was required to wait for four years for his working papers she supported them both as best she could during those intervening years. From 15 February 1940 to 15 September 1942 she worked at the radiology institute of Dr. P. Hirsch and Dr. Salinger ─ often ten to twelve hours each day, which took a toll on her health due to the unfamiliar climatic conditions. One recommendation letter confirmed that she was first-class employee and further stated that she had an "excellent command of all techniques pertaining to x-ray photography and photography-related tasks, in addition to radiology therapy".

She withdrew from the institute in June of 1943 following the birth of their daughter. The Berla family then moved to Tiberias, where Ernst Berla had already worked as a surgeon since 16 October 1942; they remained there until 1948. The family subsequently moved to Haifa, where Ms. Berla was able to exercise her profession until March/April 1950.

The Berlas were among only a very few Jewish emigrés to return to Germany after the end of National Socialism. They eventually returned to Germany in 1950 on account of the Arab-Jewish that occurred in reaction to the establishment of the State of Israel. The family settled in the Hamm/Westphalia area, where Ernst Berla worked as a resident doctor. He died there on 01 February 1962. Lieselotte Berla passed away on 16 October 1987 in Bochum.

Her parents survived the National Socialist period. She is buried in the Jewish Cemetery in Berlin's Weissensee district.