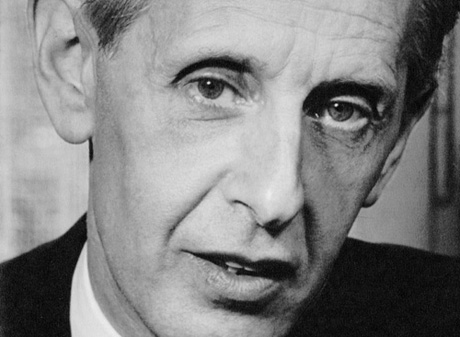 Lothar Kalinowsky was born in Berlin in December 1899, the son of the lawyer Alfred Kalinowsky and the notary Anna Schott, herself the daughter of Jewish parents. He completed his medical boards in Berlin in 1922. In his letter of application to Karl Bonhoeffer for a junior position written in Breslau in March 1927, Kalinowsky emphasized his training in psychiatric medicine in Hamburg, Vienna and Breslau, particularly his commitment to 'gaining as much organic-neurological knowledge as possible'. Despite Bonhoeffer's research focus on symptomatic psychoses, Kalinowsky, like many of the other applicants, did not yet possess the experience necessary to fill such a demanding position. And so it was that Kalinowsky, who had just married Hilda Pohl, daughter of a very wealthy banker, in Berlin in 1925, volunteered for an unpaid position at the psychiatric clinic of the Charité under Bonhoeffer's chief resident Hans-Gerhard Creutzfeld. After the birth of his two daughters in 1927 and 1930 he opened a private practice in order to support his family. His wife Hilda helped in staining neuro-anatomic preparations in connection with his publications on hereditary ataxia and amyotrophic lateral sclerosis, and helped him with his habilitation on Hallervorden disease (pantothenate kinase-associated neurodegeneration) .

After the introduction in 1933 of the 'Law for the Restoration of the Professional Civil Service',  Kalinowsky was forced to abandon his habilitation efforts in addition to his work at the psychiatric clinic. When a few days later the 'Ordinance on Certifying Physicians for Employment at Health Insurance Funds' was passed, his joint neurological consultancy with Arthur Simons in Berlin's municipal hospitals also had to be terminated, as well as his service in the place of Fritz Fränkel at the 'Psychiatric clinic for alcohol and addiction' in the Kreuzberg district. Thanks to the mediation of Otfrid Foerster, in May 1933, Kalinowsky was given an unpaid position at the psychiatric and neurological department at the university hospital in Rome, where Ugo Cerletti was named director in 1935. As a consequence, Kalinowsky was very much involved in the development of electroconvulsive therapy right from its inception. Subsequently, newly adopted Italian race laws and provisions depriving foreign 'Non-Aryan' physicians of their medical diplomas and forced Kalinowsky to leave everything behind and emigrate to London. Tighter certification requirements for foreign physicians forced him to emigrate yet again in 1940, this time to the United States. There, in 1958, he was appointed 'Associate Professor for Neuropsychiatry' at the New York Medical College and simultaneously practicing psychiatrist with an emphasis on electroconvulsive therapy. Among his numerous publications, his monograph 'Shock treatments, psychosurgery and other somatic treatments in psychiatry' published in 1946 has since become an international standard reference work in the field of biological psychiatry. Kalinowsky maintained ties with psychiatry circles in Berlin and visited Berlin annually from 1947 onwards, with visits to our psychiatric clinic. He also served as a mediator between West Berlin and West German psychiatric colleagues and their counterparts in the United States, for which he received a visiting professor title by the Freie Universität, in addition to an Order of Merit of the Federal Republic of Germany (Grand Cross) in 1956.

(© Text: Rainer Herrn, Institute of the History of Medicine of the Charité )